Saturday, Oct 5, 2019, marks the 110th anniversary of a tragic event that rocked the community to its core. The Extension Mine disaster claimed 32 lives and destroyed countless others.
To mark the 110th anniversary, the Ladysmith & District Historical Society is inviting the public to join them in front of the Metal Collage on the corner of First Avenue and Gatacre, to remember the 32 miners’ lives and its impact on the Town of Ladysmith. We will be meeting at 8:30 am to 9 am. All welcome.
Many of the miners are buried in Ladysmith Cemetery where the gravestones are a mute witness to the suffering endured by those remaining behind.
The explosion occurred in the morning at the No. 2 W. Mine in Extension. Many lives were lost due to gas poisoning between 8:30 to 9 am on that tragic day.
The gathering is to honour the men of Extension’s lost shift of Oct. 5, 1909, and all the miners who lost their lives on Vancouver Island.

Join the Ladysmith & District Historical Society October 8, at 7 pm, for a General Membership Meeting, which will include a review of ongoing society activities, to be followed with Barrie McDonald presenting stories and photos about Ladysmith’s Tyee Copper Smelter.

“Such is the reputation of [the Tyee Copper Company] and of the smelter that Ladysmith has come to be widely known as the Smelter City …”wrote The Daily Colonist, December 13, 1908.

The story of Ladysmith’s copper smelter, the “Tyee” smelter, is an important part of Ladysmith’s industrial heritage. The story involves a staking rush on Mt. Sicker, a mining town on Mt. Sicker that peaked at about 1,700 people, Dunsmuir family rivalries, smelters being constructed the same year in both Crofton and Ladysmith and huge construction projects completed within astonishingly short timeframes.

“It is an interesting Ladysmith story, a waterfront story, and the start of our ‘cadmium problem’ in the harbour,” says McDonald.

“This is a wonderful opportunity to find out how history continues to play a role into our present day,” says Quentin Goodbody, president of the LDHS.

The group is working on future talks that will explore contemporary topics through a historical lens. Some topics being considered are The Big One — Ladysmith and Earthquakes; Ladysmith’s water supply; Forest Fires and the Ladysmith area; and Ladysmith — landscape, geology and natural endowment. Suggestions of topics are welcome, says Goodbody.

Open to the public, the meeting and talk will be held in the Lower Level Meeting Room, 7 pm,  at the Frank Jameson Community Centre in Ladysmith. Everyone welcome. For more information, phone the Ladysmith Archives at 250-245-0100.

Celebrate the season with a “spirited” night at the Ladysmith Museum on Tuesday, October 29, from 7 pm to 10 pm. Shiver to local ghost stories, explore the “haunted” museum and enjoy some ghoulish refreshments. Christine Brant will be offering palm readings. Christine is a Psychic and Spiritual Advisor living in Chemainus.

“After years of doing readings one of my friends suggested I start doing it for the public,” says Christine.

Palmistry is practiced all over the world, using hand predictions to learn about a person’s characterization. “The readings will connect me to the person’s energy,” says Brant. “I love it, it shows me everything about the person in one small snipe.”

The fundraising event is in support of the Ladysmith Museum. Tickets are $30. For more information, call 250-245-0100 or email museum@ladysmithhistoricalsociety.ca.

Saturday, October 12, is the start of a weekend where many celebrate Thanksgiving. It is traditional that family and friends gather either Sunday or Monday to celebrate and have a turkey dinner.

Thanks to a local fisherman, you have an additional option. Our community is invited to come to the Aggie Hall, Ladysmith, at 5 pm, for a delicious salmon dinner. Freshly caught Haida Gwaii salmon will be cooked to perfection, along with a choice of locally grown vegetables and salads. This dinner followed by favourite desserts will be prepared by community volunteers.

This is an opportunity for old friends to connect and share their fishing memories from the “Gap” days and, for the general public, to make some new friends while enjoying fine food and music. The Nanaimo Community Concert Band will be there playing lively old-time favourites. There will be door prizes, draws and a silent auction.

A heritage slide show will update you on the progress made by the Ladysmith & District Historical Society’s Industrial Heritage Preservation group of volunteers, who have been working every Saturday morning at the original Comox Logging & Railway Co. heritage site for the past six years. Many of Ladysmith’s large “Heritage by the Sea” artifacts have been refurbished. See the amazing improvements to the 1923 Baldwin Locomotive #11, Humdirgen, Tube Tumbler and 1915 Box Car, all made possible through Town of Ladysmith Grants-in-Aid, donations and community fundraisers.

Also learn about our next steps going forward as our plans are to create awesome interactive and digital heritage experiences and displays that will excite both local residents and tourists.

All donations received at the Salmon Dinner will go towards our LDHS inclusive, activity-focussed project designed to make Ladysmith’s local culture and history come alive and be relevant to everyone.   – Shirley Blackstaff

Volunteers Needed – Heritage Week Event
Ladysmith Museum will be open Monday to Friday, Feb. 18-22, noon to 4 pm and there will be a Family Event at the Industrial Heritage Site 610 & 614 Oyster Bay Drive Feb. 23, 10 am – 3 pm. If you can assist at either one of our two sites with greeting visitors and helping with the food and interactive activities, etc. please let Lesley and Shirley know.
Shirley Blackstaff vimarmot@shaw.ca 250-245-3075
Lesley Moore moorele4@gmail.com 250-245-0423

Ladysmith Maritime Society and Ladysmith & District Historical Society are pleased to provide teachers and students with free educational programs and tours that expand understanding of our local heritage. During the month of May and June, we are offering two choices for full day (10 am – 2 pm) educational field trips:

Depending on teacher’s requests we may focus on local fishing, oyster, coal or forest industries, sea life of the Harbour, heritage boats or Stz’uminus First Nation culture.
A hands-on project with materials provided free of charge is part of each Education Program. We divide the classes into smaller groups, so they are very manageable for our volunteers and fun for our students.

Educational Programs need to be booked soon for your field trip in May or June, Monday to Friday, approximately 10 am to 2 pm.

If you could list 3 dates that would work for you on your Education Program Booking Form then we will let you know the date that is available for your class trip. When you have filled in the Booking Form, scan it and email it to vimarmot@shaw.ca

We look forward to providing students with an amazing experience.

If you have questions, please phone Shirley – Volunteer Museum/Heritage/Education Program Coordinator at 250-245-3075.

A New Book from the Ladysmith & District Historical Society

The Ladysmith Museum is again open from 12 – 4 pm on Tuesday thru Saturday.

COME ONE, COME ALL!!

This is a reminder that the Annual General Meeting of the Ladysmith and District Historical Society (LDHS) is just around the corner. Please save the date; the AGM is open to non-members.

This year’s guest speaker is Don Bourdon, Curator of Images and Paintings, Royal BC Museum. Don will speak about preserving family photos.

Images freeze moments in everyday life—love, pride and humour—arising from a desire to stop the passage of time and also from a responsibility to record history.

From carefully prepared chronologies or travelogues, to assemblages of uncaptioned prints or curated Instagram galleries, family photographs provoke emotional responses and provide glimpses into family life that we could not otherwise remember or fully comprehend.

Don’s remarks are sure to be thought-provoking.

The AGM is also an opportunity for LDHS members to have a say in the stewardship of the Society, by voting for the new executive and on other business.

We hope to see you there!

Donate to the Society

Please support our work in heritage and the operation of the Ladysmith Archives, Museum, and Industrial Heritage sites. Our free community programming engages, educates, and entertains. We are a volunteer non-profit registered society. Tax receipts for donations over $20 will be issued upon request.

Receive news, facts, and articles about Ladysmith history. You must confirm your subscription in the follow-up email (it might end up in your junk). 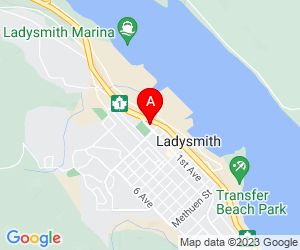 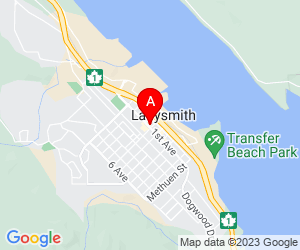 Connect with the LDHS!

The Ladysmith and District Historical Society was incorporated as a not-for-profit society in 1999. Our mission is to promote awareness of Ladysmith’s history and to help preserve its heritage.